New Mexico has long been a favorite subject for Les Overlock. The Benicia artist who has contributed “The Buzz” to the Herald weekly since 2008 became interested in the area because of its use as a filming location for the 1969 film “Easy Rider” and has made it a point to visit the state every year.
His New Mexico-inspired paintings have led to him being the featured artist for six weeks at Gallerie Renee Marie for his show “The Art of New Mexico.”
“The show is near and dear to my heart because I go to New Mexico every year for a period of time,” Overlock said. “Since 1993, I started going down there to visit a friend in Taos.”
During his visits, Overlock has become enthralled with the area’s landscapes, wildlife and especially the culture of the Native American Pueblo tribes.
“The show is mostly about the Pueblos and neighboring sites like churches,” he said.
One of the things Overlock likes about Pueblo artwork is their unique sense of spirituality, which is exemplified by their creation of fetishes. Fetishes are small carvings depicting animals of the region, including coyotes, wolves, eagles, turtles and various insects.
“Because Native Americans are often nestled against mountains, little animals pop up in their art,” Overlock said. “They use them for everything.”
“There’s a great spirituality among Native American cultures of the world,” he added. “They put a lot of thought into how their gods are represented by animals. I think they have attributes given to certain animals, like peace for the turtles.”
Overlock, who paints mostly in acrylics, says he is fascinated by the variety of colors used in New Mexican art.
“When I go to the store, I always have to get new sets of paints because the palette is rich in different colors,” he said. “They blend into different mixtures of yellows and purples.”
Overlock says his goal is to highlight the grandeur of New Mexico’s scenery.
“I don’t try to hijack the beauty of the area,” he said. “I like to think of myself as spreading the beauty around. New Mexico is a great place to go and be at peace. When I first went down there, it was something I was looking for.”


“The Art of New Mexico” will run from Saturday, March 12 to Saturday April 23 at Gallerie Renee Marie, located at 1028 First St. A reception for the exhibit will be held from 4 to 7 p.m., opening day where attendees will get to meet the artist, and food and refreshments will be served. Gallery Renee Marie is open from 9 a.m. to 5 p.m., Mondays through Fridays, and noon to 5 p.m., Saturdays and Sundays. For more information, call the gallery at (707) 480-5501. 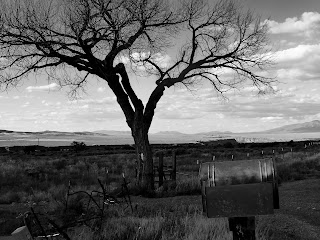